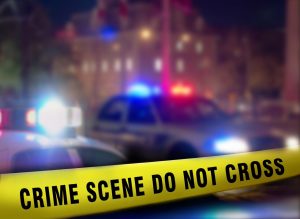 Kenmore, Washington – The Kenmore Police Department responded to the call of shots fired on December 28th, 2020, at about 12:45 in the morning.

The incident took place at the People’s Storage facility located at the 6900 block of NE 181st street after a woman allegedly made a burglary attempt into the residential part of the building.

At some point during the alleged burglary attempt, an employee confronted the woman, holding her at gunpoint.

The alleged burglary suspect drew her own handgun, causing the employee to shoot one round. The lone shot struck the woman in the shoulder.

The suspect was brought to the hospital where she was treated for non-life threatening wounds and will be booked into jail when released.

The incident is still under investigation.